On October 1, 2016 five young men were initiated into DeMolay and eight Master Masons also received the degrees to become Honorary DeMolays of Northern California.  The one day class of King Solomon’s Degrees Day took place at the San Francisco Scottish Rite Masonic Center.  The degrees were conferred by an all-star team of active DeMolays and a DeMolay Degree team composed of Senior DeMolays.

This was the second King Solomon’s Degrees Day which provides a Master Mason who was never an active member of DeMolay to learn first-hand the teachings of the Order and to participate as a candidate in its ceremonies.  In addition, young men wishing to join DeMolay may take part in the degrees  providing a unique and very memorable experience for everyone. 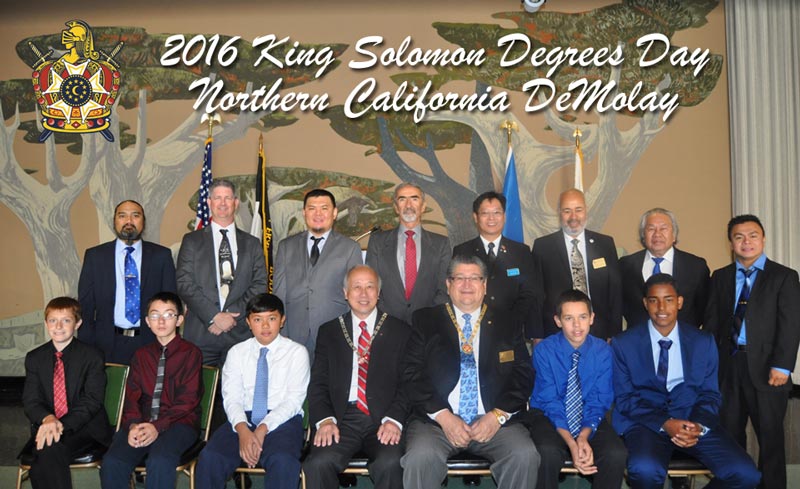 (The photo shows the five new DeMolays seated with Dad Frank Loui, Deputy Member of the International Supreme Council and the California state leader of Scottish Rite, and Dad Mike A. Salazar, Executive Officer of Northern California DeMolay.  The new honorary DeMolays are standing behind them.)